Can You Insure It? Yes, You Can!

A convenience store commercial package policy generally comes with the basic coverages that smaller stores need. These include both property protections, such as building coverage for an owned building and contents coverage for inventory in the store, and liability protections, like general liability coverage in case a customer is injured while shopping.

Some other coverages might be added on if a business has a particular need for the protection. For example, you can add on spoilage coverage if your store carries perishable items or tenant betterment coverage (instead of building coverage) if you lease rather than own a space.

A gas station commercial package policy is a lot like a convenience store policy, except the gas station policy adds one important protection — pollution liability coverage. Pollution liability coverage protects against environmental harm caused by smaller instances of contamination. It may cover contamination of soil or water if a gas tank leaks.

Liquor liability coverage protects a business if it's held financially liable for an incident that an intoxicated customer is involved in. Sometimes, the business that sells alcohol to the customer is sued for over-indulging the customer.

Liquor store insurance policies are purchased by any store that sells alcohol, including beer, wine, or hard liquor. The sale of any alcohol normally requires liquor liability coverage. 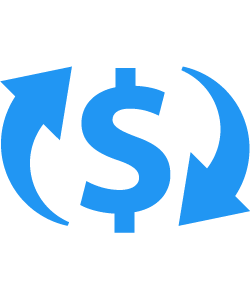 Did you know that you can insure your smartphone, your diamond ring, and even electronics like your television? If you can name it, there is an insurance policy that will cover it — although you might have to do a little shopping around to find such a policy. Auto and homeowners insurance policies are pretty well-known, but there are insurance companies that offer coverage specifically for items like jewelry and home goods. We aim to share a wide range of insurance information on this website, so whatever you are hoping to insure, we think you will find our content helpful.